The State of the Socialist Republic of Vietnam has interested itself in the issue of nationality and brought it into management soon after Vietnam gained independence with President Ho Chi Minh promulgating the Decree on Nationality since October 20th, 1945. Since then, the National Assembly of Vietnam has promulgated new decrees on nationality for 3 times in 1988, 1998 and 2008. On the basis of inheriting the achievements of previous legal documents, the Law on Vietnamese Nationality dated November 13th, 2008 still had some new points, including the issue of dual citizenship.

Previously, the principle of single citizenship was applied to all Vietnamese citizens and foreigners who wish to file applications for Vietnamese nationality. The Law on Vietnamese Nationality 2008 still held that principle but had specific innovations when it started to recognize Vietnamese citizens having another nationality at the same time. The reason for this change was to suit the practical situation of the process of globalization when human life is no longer limited inside national borders.

1. Naturalization in Vietnam and approval of the State of the Socialist Republic of Vietnam upon its dual citizenship citizens

“ a) Being spouses, natural parents or natural offsprings of Vietnamese citizens;

b) Having made meritorious contributions to Vietnam’s national construction and defense;

2.  Foreign naturalization and the recognition of the State of the Socialist Republic of Vietnam for its dual citizenship citizens.

The State expects its dual citizenship citizens to report their status to Vietnam’s representative offices abroad or Departments of Justice in their provinces. Their foreign nationalities will be clearly stated in the civil status papers.

In general, the Vietnamese law has no provisions to encourage Vietnamese citizens to have foreign nationalities by maintaining the principle of single nationality. But the establishment of exceptions or practical recognitions shows that the State's policies are becoming closer to people's lives and meeting the needs of people in the Doi Moi period. 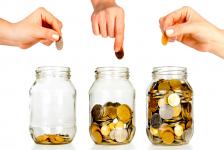 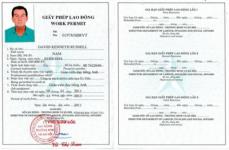